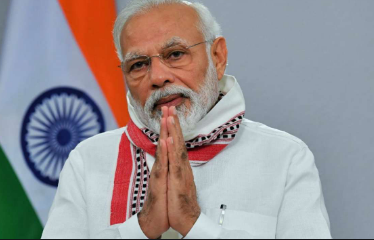 Prime Minister Narendra Modi will address the Centenary Convocation of the University of Mysore via video conferencing on Monday.

“At 11:15 AM tomorrow, 19th October, I would be addressing the Centenary Convocation of the University of Mysore via video conferencing,” PM Modi tweeted.

“Looking forward to being a part of this special occasion, at a premier centre of learning and innovation,” he added.

A statement issued by the Prime Minister’s Office (PMO) on Saturday said the Karnataka governor, along with other dignitaries, would be present on the occasion with members of the syndicate and the academic council, MPs, MLAs, MLCs, statutory officers, district officers and students and parents set to witness the ceremony online.

Biden To Call For 100 Days Of Mask-wearing, Hopes To ‘see Significant Reduction’ In COVID