CM Yogi lashes out at opposition, slams those who point fingers at India’s success 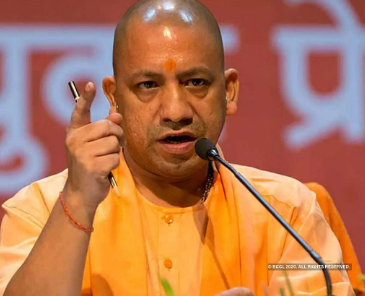 Mission Shakti’ was started in Uttar Pradesh on the very first day of Navratri. Its logo was released by CM Yogi. The CM said in a tweet on Saturday morning about the mission power, that “Mission Shakti” is being launched in the state from the first day of ‘Sharadiya Navratri’, the holy occasion of worship of Shakti. Lucknow. Uttar Pradesh Chief Minister Yogi Adityanath on Saturday unveiled Mission Shakti and ‘Women and Child Safety Organization’ logo at Balrampur on the first day of Navratri. On this occasion, CM Yogi lashed out at the opposition. He also lashed out at those who questioned the better condition of India in the Corona era. Please tell that in Balrampur, CM Yogi also laid the foundation stone and inaugurated various projects. On this occasion, he said, “Today UP is doing 1,75,000 tests daily, The Corona Warriors are working vigorously under the leadership of the Department of Administration and Health. Even after this, if someone raises a finger on the success of India and stands with the enemies of India, it is natural to question their loyalty. ” It is worth mentioning that on the first day (October 17) of CM Yogi Sharadiya Navratri, UP Chief Minister Yogi Adityanath visited the Devi Patan temple of Balrampur and offered prayers.