India to reach 3-4 Rafale from France amid tension from China, will deploy in first week of November 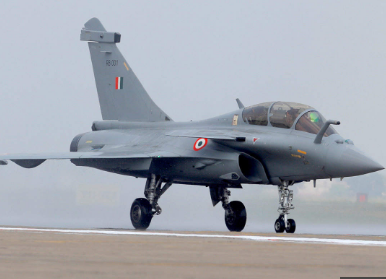 This will be the second batch of fighter jets of French origin, as the first batch of 28 Rafals arrived in India on 28 July was officially inducted by the Narendra Modi government on 10 September.

Government sources said that the second batch of 3-4 Rafale fighter jets from France will reach India by the first week of November, preparations are underway for their arrival. He said, with the induction of these aircraft, the Air Force will comprise 8-9 Rafale fighter aircraft which will be fully ready for use in a few days in view of the present tension.

Assistant Chief of Air Staff (Projects) Air Vice Marshal N. A team of Air Force led by Tiwari is currently in France. This team is reviewing the preparations to send the second consignment of Rafale fighter jets to India, training of selected pilots to put the necessary combat equipment on them. By March 2021 in France, Indian pilots will take training to fly Rafale in a phased manner.

The Air Force will deploy one squadron on each of its Rafale fighter jets at Hashimara in West Bengal at Ambala in Haryana. In September 2016, India signed a deal with the French government, Dassault Aviation, to acquire 36 Rafale fighter jets worth more than 7.8 billion euros to meet the immediate requirements on the eastern western fronts to prevent the downfall of fighter squadrons.