Victim’s family leave for Lucknow, to appear in court today 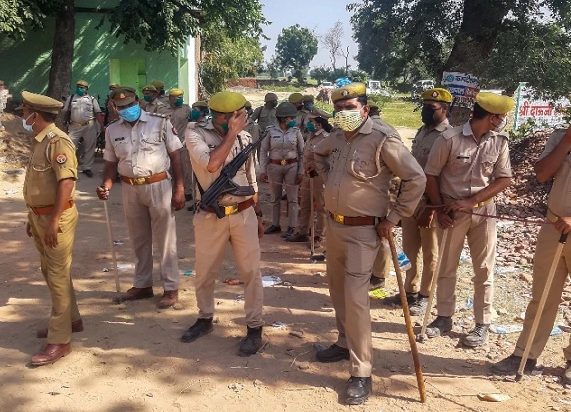 Hathras (Uttar Pradesh): Amid tight security, family members of the 19-year-old woman, who died after the alleged assault and gang-rape last month, left for Lucknow on Monday to appear before the Lucknow bench of Allahabad High Court, which has taken suo motu cognizance of the incident.

“I am going with them. Proper security arrangements have been made. District Magistrate (DM) and Superintendent of Police (SP) is also accompanying us,” Anjali Ganwar, Sub Divisional Magistrate (SDM) told mediapersons.
On Sunday, Vineet Jaiswal, Superintendent of Police (SP) Hathras said that a Deputy SP rank officer and an (SDM) rank magistrate will be present with the family during their journey to Lucknow. Adequate security arrangements have been made. Police is being deployed in the area as a precautionary measure. As per the directions of the High Court, the victim’s family will be presented before it on Monday. They will be taken to the High Court with full security. We have assured them that they can contact us whenever they want,” Jaiswal had told ANI.