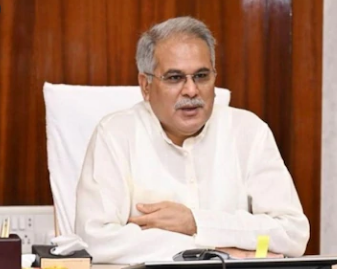 Raipur (Chhattisgarh) [India], October 11 (ANI): Chhattisgarh Chief Minister Bhupesh Baghel on Sunday claimed the state government has distributed the highest number of forestland rights certificates in the country after coming to power in 2018.
“It was an injustice to reject the forest rights claims, hence, when the new government came to power, action was taken to rectify this situation. Out of the cancelled claims, more than 40,000 people were given individual leases and 46,000 community leases… through 4.87 lakh pattas, lease of 51 lakh acres of land has been given, which is the highest in the country,” said Baghel during the 11th episode of Lokvaani (a radio programme) on Sunday.
sharing his views on the topic “Nava Chhattisgarh: Hamar Vikas-Mor Kahani”, he added the land under these forest rights pattas are now being utilised for farming, and in animal husbandry and fisheries sectors.
“Return of land to tribal farmers in Lohandiguda has paved the path for setting up 200 food parks. Land for 101 food parks has already been earmarked,” said an official release, adding the state government’s Amcho Bastar programme has also begun to yield promising results. “People of Bastar have created their own brand of tamarind, cashew and coffee.”
The chief minister added that the state government’s aim is to ensure justice for the farmers, and give them a life of dignity and self-dependence.
“For this, the state government procures paddy at Rs 2,500 per quintal, has waived agricultural loan and irrigation tax, given concession in electricity bills, while free electricity supply to farmers from the Scheduled Caste and Scheduled Tribe categories,” stated the official release.