370 km in single charge Mahindra eXUV300 will run more than, know when the launch will be priced 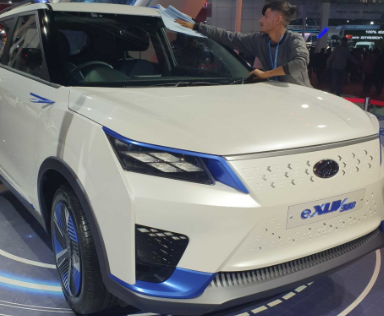 At the 2020 Auto Expo held earlier this year, Mahindra showcased the electric vehicle named ‘eXUV300’, which is based on the XUV300. The electric SUV was successful in attracting attention during the show, including many potential buyers. The company is now preparing to launch it in the market.

According to the reports, this electric SUV can be launched in India during the second half of next year. It will compete directly with Tata’s Nexon EV in the market, which has an initial ex-showroom price of Rs 13.99 lakh. It covers 300 km in a single charge. Range of over Rs.

Of course, for electric vehicles to succeed in India, EV infrastructure will have to be drastically improved. Thankfully more and more charging stations are being added across the country. Also, the Government of India is working on developing policies to promote EVs in our market, by providing incentives and tax benefits to EV buyers. It is expected that by the time the Mahindra eXUV300 arrives in the market, the possibility of buying an EV can be extremely attractive.