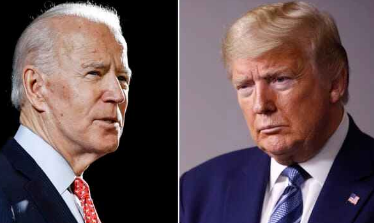 President Donald Trump said on Thursday he will not participate in the second debate with Joe Biden, the Democratic challenger, shortly after the organising body announced that the October 15 event would be held virtually.

The two campaigns were trying to rescue the debates in an ongoing exchange of statements.

The Trump campaign then suggested two in-person debates: a delayed second debate on October 22, when the third and final debate was to take place, and pushing the third debate to October 29.

The Biden campaign, which agreed to the virtual debate on October 15, also consented to it being shifted to October 22 and be held in-person. But it rejected the suggestion to hold the third debate on October 29, saying, “We look forward to participating in the final debate, scheduled for October 22, which already is tied for the latest debate date in 40 years. Donald Trump can show up, or he can decline again. That’s his choice.”