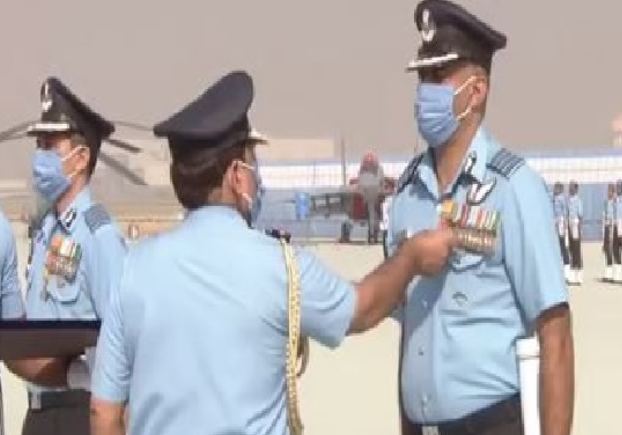 Chief of Defence Staff General Bipin Rawat, Chief of Army Staff, General Manoj Mukund Naravane and Chief of the Naval Staff Admiral Karambir Singh attended the 88th Indian Air Force Day celebrations at Hindon airbase. The IAF was established on October 8, 1932, in undivided India which was under colonial rule. It was given the prefix “Royal” by King George VI for its contribution during the Second World War. The prefix was later dropped in 1950 when India became a republic.