India is deploying missiles going up to 1000 km range for LAC’s security, 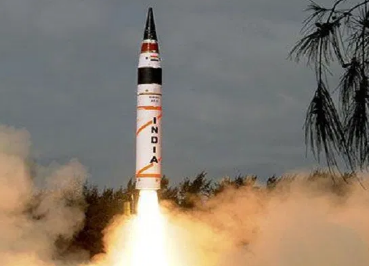 India will formally induct the Nirbhay sub-cruise missile into the Indian Army and Navy after the seventh test to be held next month. But already a limited number of missiles have been transferred to the Line of Actual Control (LAC). Where Indian soldiers are in a tense standoff with Chinese troops. The solid rocket booster missile of 1,000 km range has a single shot-to-kill ratio of over 90 percent.
It has been developed by the Defense Research and Development Organization (DRDO). People familiar with its development told Hindustan Times that India tested a long-range BrahMos surface-to-surface supersonic cruise missile, which could hit up to 400 km away. The Defense Acquisition Council headed by Defense Minister Rajnath Singh has approved the formal launch of the Nirbhay sub-sonic missile.

However, the army did not wait for the formalities to deploy the new missile and has already moved some of them to defend the LAC against China. Traveling at a speed of 0.7 Mach, this missile has both ground-hugging and C-skimming capability. At the LAC, the PLA’s Western Theater Command has deployed 2,000 km range and long-range surface-to-air missiles in Tibet and Xinjiang since the Ladakh stand-off began in May this year.

Chinese deployment Aksai is not limited to occupying China, but 3,488 kilometers of Line of Actual Control (LAC) in Kashgar, Hotan , Lies deeper than Lhasa and Ningchi. Officials said Wednesday’s testing of 400 km range BrahMos missiles with indigenous airframes and boosters is critical. These new-age weapons will be based on solid-fueled ducted ramjet (SFDR) technology, which can be used for air-to-air missiles as well as long-range supersonic cruise missiles.

The technology has been tested twice by DRDO – on 30 May 2018, and on 8 February 2019. The Indian missile expert said, “The new class of cruise missile will have a solid rocket booster with supersonic speed using SFDR technology. The range of missiles can be determined based on mission objectives. “