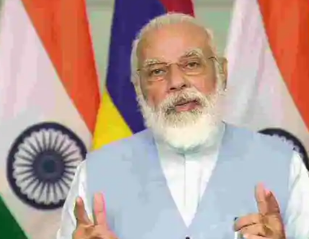 While praising the BJP workers, Prime Minister Modi said that during the Corona crisis, party workers served the people, some were infected with Corona and some even lost their lives.

Regarding the agriculture bill, PM Modi said that in the past, our government has taken historical decisions for the youth and farmers. The PM said that the less the government intervenes in people’s lives, the better it will be. Till many years after independence, many slogans were raised in the name of farmers, but their slogans were hollow.

Some people put the interest of themselves as paramount rather than national interest. The farmers were kept entangled in the laws, due to which they could not sell their crops anywhere. PM said that we increased the record in MSP. So far more than one lakh crore rupees have been given to farmers.

The PM said that the UPA government had given loans of only 20 lakh crores to the farmers, but our government gave loans of more than 35 lakh crores.