Economy: The most difficult period for India, no hope of improvement 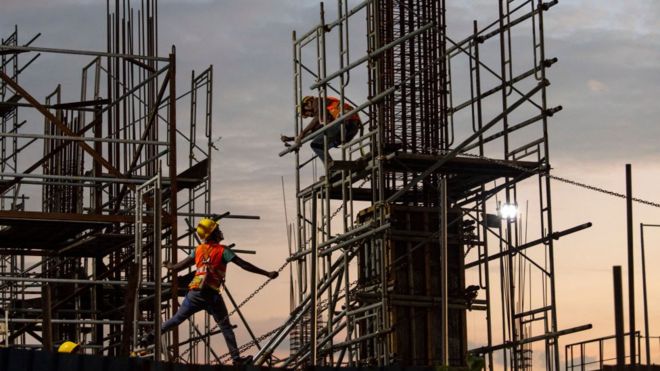 The condition of Indian economy going through a difficult period due to Corona virus is not expected to improve this year.

According to a poll by the news agency Reuters, India’s deepest economic slowdown recorded so far will continue this year.

According to the poll, the fast growing cases of corona virus have increased consumption and business activities are still under control. In such a situation, only a slight improvement will be seen in the beginning of 2021.

The Government of India announced an economic relief package of 20 lakh crore in May to give a boost to the economy. The Reserve Bank of India has also reduced interest rates by 115 basis points since March. This indicates that more steps need to be taken to save the economy from the bad effects on businesses and employment due to the epidemic.

In India, the corona virus is spreading more rapidly than the rest of the world. More than 33 lakh people have been infected and more than 60 thousand have lost their lives. Due to Corona, in this country with the second most population, crores of people had to stay at their homes, while the employment of millions has been lost.

Prakash Sakpal, senior Asia economist at ING, told Reuters, “Even though this is the worst period of the crisis, the rapid spread of transition in this quarter shows that it is meaningless to expect improvement in the near future.”

He says, “The government’s macroeconomic policy is facing difficulties amid rising inflation and rising government spending. This means there is nothing that can keep the economy from falling continuously for the rest of the year.”

In the last quarter, business activity in most parts of the country came to a complete standstill due to the lockdown imposed to prevent the spread of the corona virus.

According to this poll conducted by 50 economists between August 18-27, the Indian economy shrank by about 18.3 percent during that time.

In the previous poll, it was expected to decrease by 20%, so the assessment of the latest poll is slightly better. But this is the worst rate since the mid-1990s (ever since official figures of quarters are being recorded).

The economy is projected to shrink by 8.1 percent in the current quarter and 1.0 percent in the next quarter. This situation is worse than the previous poll conducted on 29 July.

In it, the economy was expected to decline by 6.0 percent in the current quarter and by 0.3 percent in the next quarter. In this way, the new poll has shaken expectations of improvement this year.

Asia’s third-largest economy is expected to improve by 3.0 percent in the first quarter of 2021. However, the economic growth rate of the entire financial year ending in March will not get any special support from it and it will be less than 6 percent.

In this way it will be recorded as the worst performance of the Indian economy. The second Iran oil crisis of 1979 also deteriorated, when the 12-month performance was recorded at -5.2 percent. This time in the Reuters poll, the rate of economy growth in this financial year is less than the estimate of the previous poll (-5.1%).

When compared to the previous poll, the new poll has predicted a further contraction of the economy in the current and next quarter.

Although there have been some signs of improvement due to increase in crop yields due to good monsoon and systematic spending of the government, most of the businesses are performing poorly.

There is agreement among economists that the Reserve Bank can reduce its repo rate to 3.75 percent in the next quarter by reducing the base rate by 25 basis points. But 20 out of 51 economists predict that there will not be much interference from RBI this year.

“The prospects of economic growth are weak and now there are signs that the process of improving the conditions after the lockdown has stopped before it picks up,” said Dawn Au, an Asia Economist at Capital Economics in Singapore.