The Indian Army will reach Ladakh in such a way without any interruption between the conflict with China. 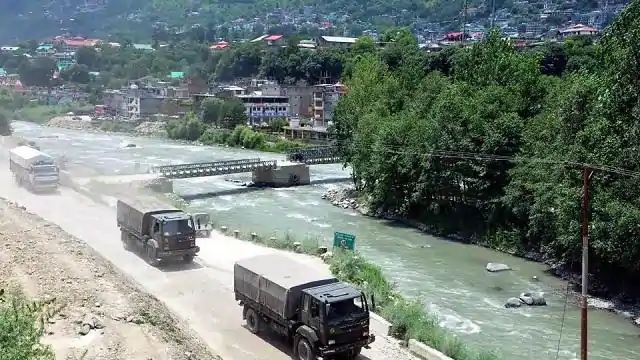 The 9.02 km Rohtang La tunnel is set to be operational next month. However, national security planners are looking for a more strategic all-weather road to Ladakh, which connects Neemu through the Padum in the Janskar Valley with the Darcha of Himachal. Neemu is about 35 km from the city of Leh and is the headquarters of the XIV Corps responsible for protecting eastern Ladakh and the Siachen Glacier.

While Pakistan and its evergreen friends are eyeing Siachen and Daulat Beg Oldi, senior military commanders feel that the third route to connect Ladakh by road should be along the high mountainous areas and for this the Darcha-Padum-Nimu trekking route. Should be made a paved road. The other two routes leading to Ladakh are through Joji La in Jammu and Kashmir and the other through Manali-Upshi-Leh.

However, the project is to be completed in two years by the Defense Ministry by constructing a nearly four and a half kilometer Shingo La Tunnel on the Darcha-Padam road, but under the leadership of Nitin Gadkari, the Ministry of Surface Transport and General V.K. Singh has been under heavy pressure for this new route for the last two months. This defense ministry project has been lying in the pipeline for almost a decade. It is proposed by the Ministry of Surface Transport that the work of tunneling should be given to the company which has built the Rohtang La Tunnel, but that should be done within two years.

According to the military commander, a need was felt to construct a third route to keep the road open throughout the year, and for this, besides the Atal tunnel in Rohtang, four more high passages under the existing Manali-Leh road were built under the tunnel. Felt the need.

However, only eight tunnels are required between Darcha and Padum Mark under 16570 feet of Shingo La on the Darcha-Padum-Nimu route to ensure that the road is closed for two months only in winter. Darcha is 147 kilometers from Manali and is located on the highway from Rohtang La to Jispa and Keylong to Leh.