‘Robin Hood Army’, brought to 182 cities in the world, to bring smiles to hungry faces 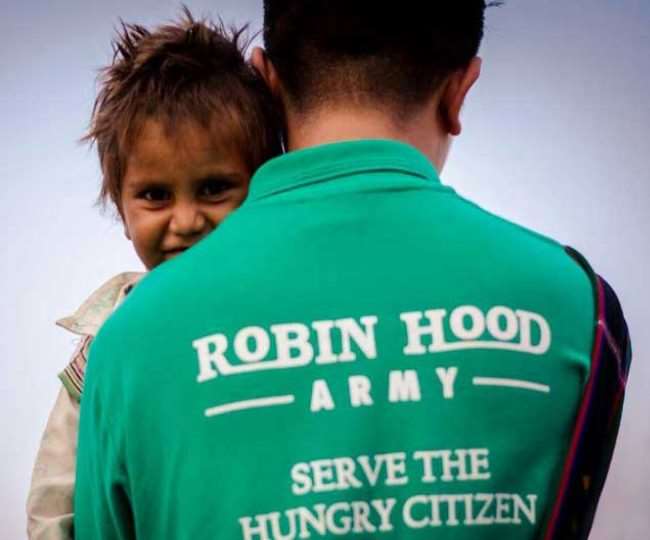 New Delhi: While crores of people are struggling to meet their daily needs due to the Corona crisis, a large army of social workers is trying to put a smile on the face of such needy people. The ‘Robin Hood Army’ activists have pledged for ‘Mission Three Crores’, under which a target has been set to eradicate hunger of more than three crore people in a month and a half between July 1 and August 15. More than 60 thousand workers, known as Robinhood, are associated with this mission in more than 200 cities. Robin Hood Army is famous all over the world for its unique initiative of delivering food to the hungry. Food is collected and transported to the needy by contacting the organizers of corporate, restaurants, wedding parties.

The real aim on Independence Day…

According to Aarushi Batra, who is associated with the Robin Hood Army, due to the Corona crisis, food is being made available to people in large numbers, but its purpose is not limited to it. The real objective is also to motivate the social institutions of big cities to take responsibility of the society personally during the national crisis on Independence Day. Once the social institutions are active, during the crisis, needy people will not have to depend only on the government for help, but the society itself will worry about them.

These enthusiasts are taking part in exaggeration

Corporate organizations and local food chains as well as local NGOs are actively participating in the Robin Hood Army campaign. Especially food items were made available by Reliance Foundation, Godrej, Haldiram. Those who were sent to the needy with the help of Socha and Saheli NGOs. All the food items are kept in a bag and given to the needy. This bag has been named ‘Bag of Smile’, which is truly working to bring a smile on the face of the needy.

No funds of our own, still reach 182 cities of the world

In fact, Robin Hood Army started in Delhi in 2014 as an effort to make the whole world hunger free. The most interesting thing is that this army has no funds of its own and is completely dependent on the workers. It started in a very general way, which has reached 182 cities in the world today. Under this, the Army personnel associated with Robin Hood Army approach the big corporate as well as local big houses, restaurants and food chains. They are charged for help and not just money. The packet is then made and sent to the needy. According to Aarushi, ten days ago, about 150 million packets had been distributed. Efforts will be made to achieve the target of 30 million by 15 August. According to Rahul, an activist associated with this army in Delhi,