35 kg of rice to every family in the Corona period, now 96 percent of people in the realm of food security 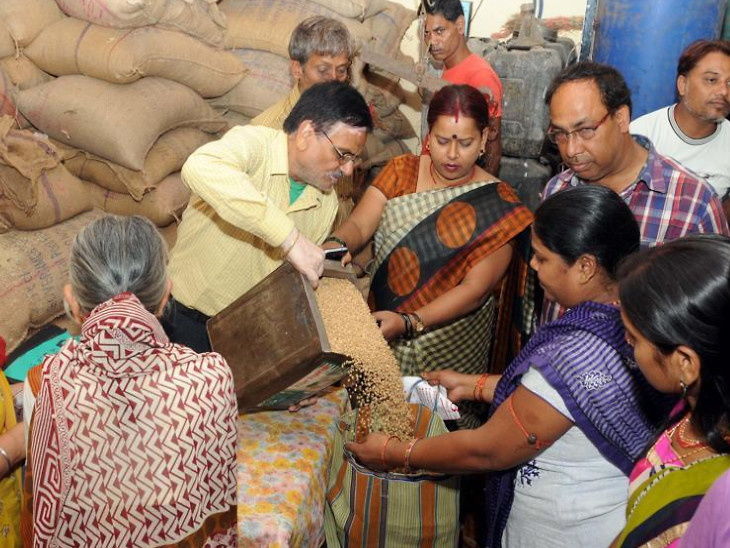 During this period of corona transition, no person of the state will be deprived of ration card or ration. Due to the initiative of Chief Minister Bhupesh Baghel, all the families of the state have become eligible for the ration card. With this, now 96 percent of the state’s people are now under food security. for the time being, The state government is providing 35 kg of rice to every family with ration cards. In the last one year, about 10 lakh new ration cards have been issued in the state and 2 lakh 46 thousand new members have been added to the ration cards. Explain that last year, the provisions of the Chhattisgarh Food and Nutrition Security Act 2012 were reformed keeping in mind the interests of poor and needy families. Sovereign PDS was launched from 2 October 2019 on the 150th birth anniversary of Mahatma Gandhi to ensure food security for all residents of the state. Under this, foodgrains are being provided through universal PDS to 2 crore 46 lakh members registered under 66 lakh 22 thousand ration cards prevalent under PDS. Also, 85 percent of the state’s population is being given rice at a subsidized rate.