Atal Tinkering Lab: Number one in the country in the government school ATL list of Bilaspur 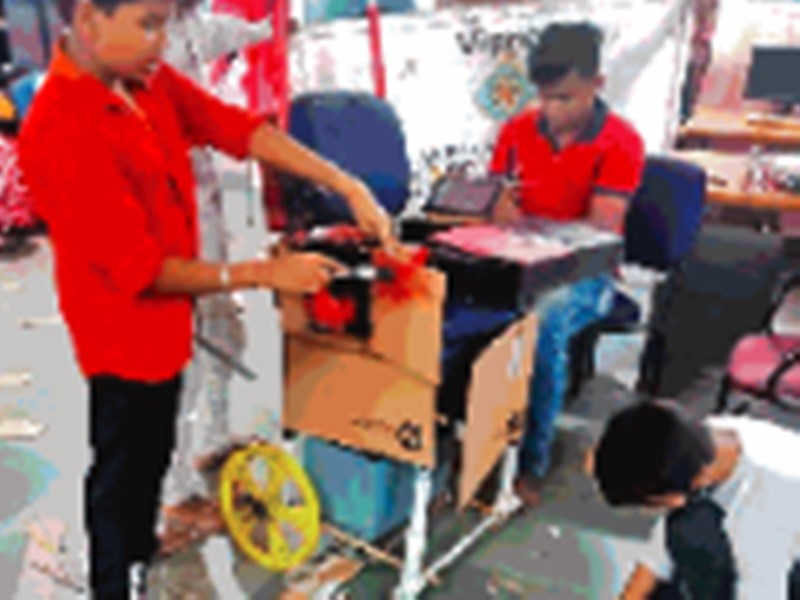 Atal Tinkering Lab: Bilaspur (Naiduniya Representative). NITI Aayog has accredited ATL (Atal Tinkering Lab) in 556 private and government schools in Chhattisgarh. There are ATL in 15 thousand 602 schools across the country. In terms of innovation, Government Higher Secondary School Bilaspur is the first government school in the country to hold the top position in the country on the basis of its project for the last three years.

NITI Aayog has announced the result on Friday 31 July. In this, Government Higher Secondary School Bilaspur is named among the top 10 schools. It has three projects at the top, including the Kitchen Garden, Atal Divyang Rath and Maths Board. The Commission has given responsibility to four well-known companies for the commercial use of the ambitious inventions of the students here. This includes Adobe, IBM and Dell. The Incuber Center has also been authorized for a project. Last year, the child scientists focused on robotic farming, drawing the attention of the country towards future farming.

A project has been prepared in which the robot performs plowing from the field to the sowing of seeds, spraying the medicine in case of pest infestation in the crop. The robot also performs well in harvesting and mowing. The child scientists demonstrated this project in Rashtrapati Bhavan. It was also praised by President Ramnath Kovind. The special thing is that the President was also honored with a personal prize of Rs 25-25 thousand to three child scientists, influenced by this project. The amount has been deposited in the bank account of the child scientists. Immediately, the NITI Aayog has authorized the Dell Company for commercial use of the project.

The result of the hard work of the innovators in ATL is that our lab is at the top position this year. ATL Lab has stood at the top for the last three years. Dr. Dhananjay Gauraha- Lecturer and ATL Incharge, Government Higher Secondary School Bilaspur