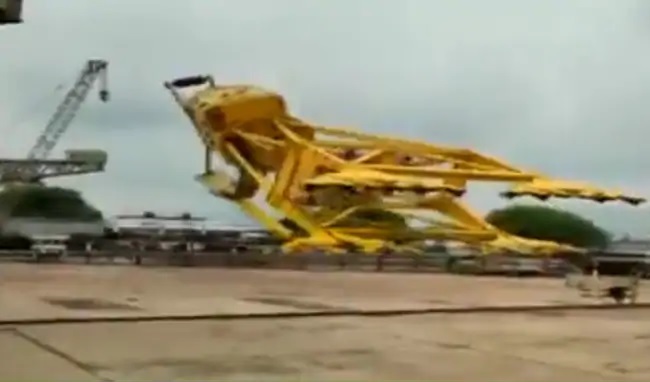 Crane Collapsed: A major accident is reported from Visakhapatnam in Andhra Pradesh, 8 people have died after a crane collapsed at Visakhapatnam’s Hindustan Shipyard Limited.

The video is made from another part of the shipyard. Here many other big cranes are seen around this crane. As soon as the crane fell, there was an atmosphere of chaos.