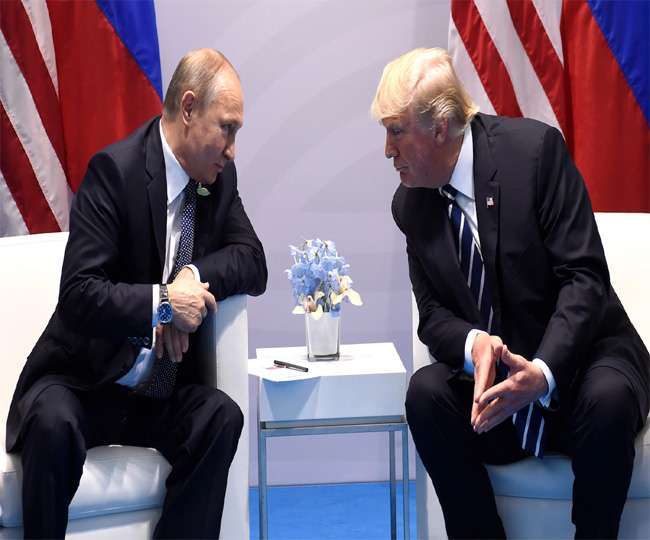 Washington, New York Times News Service. A new twist has come in the case of money being given to Taliban-backed militants to kill American troops stationed in Afghanistan. President Donald Trump, in one of his interviews, denied that he had been given any secret information stating that Russia had secretly offered a reward for killing American soldiers. Trump also spoke to President Vladimir Putin last week about this. This matter came to light only last week, since then all kinds of questions were being raised.

In an interview with Axis, Trump said it was a phone call to discuss other things and clearly it is an issue that many said was fake news. But Trump for the first time blamed the subordinates for failing to bring the case to their attention. If it had reached my desk, I would have done something about it. Authorities have said that the assessment was in his written intelligence in February, although he rarely reads it.

Despite public comments by top military officials in recent weeks, the Pentagon was working on more details. Three senior US military officials said that no Pentagon agency or military command was conducting a dedicated investigation on the issue. Rather, he was relying heavily on the intelligence agency. A CIA spokesperson declined to comment. The intelligence community had not formed a special task force to investigate this. Rather, he focused the agency on collecting and analyzing additional evidence.

The United States concluded months ago that Russia wants to destabilize the countries of the West, because of this, the forces that have been deployed there to maintain peace are now preparing to create an abstinence in this way. Earlier this year, Taliban militants were offered prizes for attacking American soldiers in this way.

One thing has also come to light that there are links between Islamic terrorists and armed criminal elements. It is also believed that he has amassed large sums of money to attack American soldiers in this way. It may be recalled that twenty Americans were killed in the war in Afghanistan in the year 2019, but at that time these killings were under suspicion. After this kind of information comes out, the US says that if any such attacks with the Taliban resulted in the deaths of their soldiers, then there will be a great expansion of war against Russia. Cyber ​​attacks will be carried out to create unrest, a strategy to destabilize opponents will be adopted.

Many information has been revealed so far in the matter of rewarding Taliban militants for killing American soldiers in Afghanistan, many new things have been revealed in it so far. It is now revealed that US intelligence officials and special operations teams alerted their superiors in early January 2020 about this Russian conspiracy, then a note was prepared on their behalf in February, then trumped Placed in front of.

Intelligence officials received a special notice. Acting on that information, the authorities conducted a raid on the Taliban post. They got a large amount of American cash from there, which led to the suspicion that these terrorists were given money to kill the soldiers. When the interrogated terrorists were interrogated, they also disclosed this.

Another officer said that when interrogated terrorists and criminals were interrogated, intelligence officials also came to know that in the year 2019, these terrorists were offered such rewards by the Russians after that they were paid. Following this information, military and intelligence officials have been reviewing casualties over the past 18 months in combating the US and other coalitions to determine how many of these people have fallen victim to that Russian conspiracy.