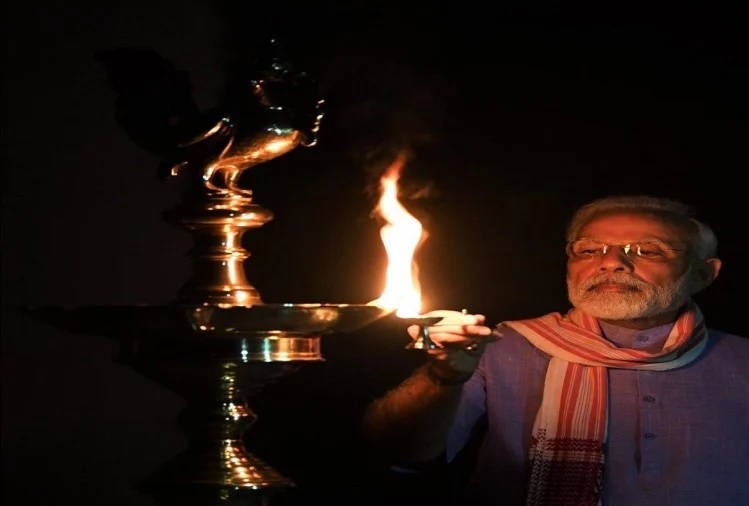 The incident of Tretayug seems to be alive in the minds of the Ayodhya residents, when the foundation of the Sri Ram Janmabhoomi temple was laid by Lord Ram’s son Maharaj Kush for the first time. The saint says that Modi is now in the role of Maharaj Kush. As Ayodhya was devastated by the departure of Divya Dham along with the subjects of Shriram, then King Kush of Kushavati (Kaushambi) came and settled Ayodhya. In the same way, not only the people of Ayodhya, but the whole world, through Modi, the long-awaited Ramayana scene and new Ayodhya is aspirant.

Devendra Prasadacharya, Mahant Bindugadhyacharya of Dasharatha Mahal Bada Sthal, says that according to Lomash Ramayana, Kush had built a temple with 84 pillars of Kasauti on the birthplace. The criterion for which the 84 pillars were placed in the temple also has mythological stories.
Jagatguru Sriramdineshacharya says that these pillars were prepared by Vishwakarma on the orders of Maharani Anaranyaka of Ikshvaku dynasty, ancestor of Lord Rama. But later Ravana defeated Anaranyak and looted the whole of Ayodhya and took these divine pillars in the palace to Lanka. After which Hanuman ji brought Ayodhya after Ram-Ravana war. From this pillar, Kush had built a grand temple on the birthplace of Sri Ram, where the idol of Prabhurama’s statues was installed on the auspicious occasion of Chaitra Shukla Ramnavami.
They say that even today there is a pillar in Hanumangarhi as a symbol, which the devotees revolve around. It is said that Hanumanji brought him from Lanka. The priest of Hanumangarhi, Rajudas, says that now, after millions of years, Prime Minister Narendra Modi has to play the role of Maharaj Kush. Retired IAS Nripendra Mishra will have to show bravery, intelligence and skill. The grandeur of the temple rests on his shoulder. With the grace of Adi Shilpi Vishwakarma, Chandrakant Sompura and his sons Nikhil and Ashish will have to work hard.