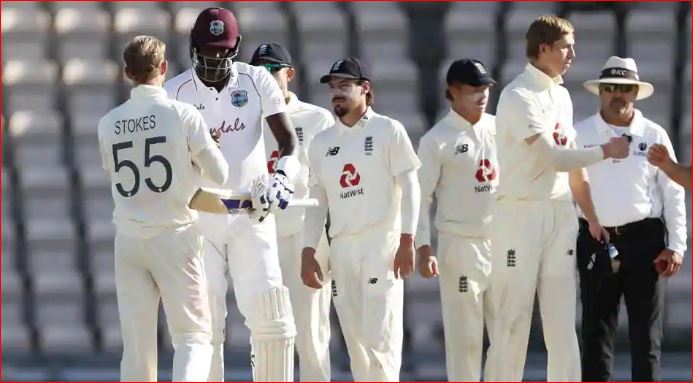 In the first international cricket match in more than three months, West Indies beat England by four wickets in a thrilling contest at the Ageas Bowl in Southampton to go 1-0 up in the three-match series. The win also gave West Indies their first points in the World Test Championship points table.

West Indies have gathered valuable 40 points with a victory against England, who are at No.4 in the points table with 146 points.

The World Test Championship Points table is led by India, who have lost only two Tests and won seven of the nine Tests they have played so far. India currently have 360 points followed by Australia (296 points) and New Zealand (180).

Coming back to the Test match, Jermaine Blackwood top-scored with 95 as West Indies overcame an early wobble to win by four wickets in the final session. John Campbell hit the winning run.

West Indies finished on 200 for 6 in its second innings to take an early lead in the three-test series.

The tourists had resumed after tea on 143-4, still 57 runs from the victory target.

Blackwood and Roston Chase had revived West Indies with a 73-run partnership which ended when Chase was caught behind for 37 against hostile pace from Barbados-born Jofra Archer. Before the pair came together, West Indies was 27 for 3.

Strength of Mumbai Indians is to fight till the end, bowlers looking to adapt to the dew: Trent Boult

IPL 2021: Playing with Virat Kohli gets the best out of any cricketer, says Washington Sundar