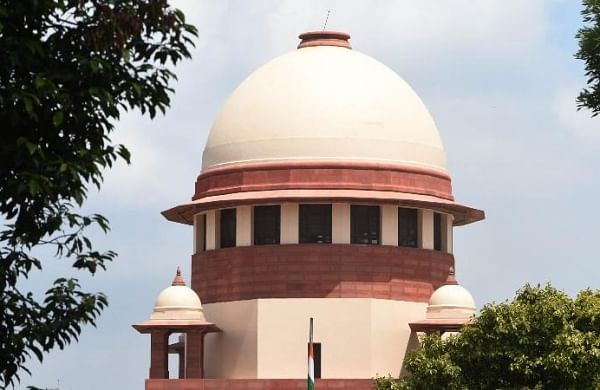 NEW DELHI: The Supreme Court on Wednesday questioned Zakia Jafri for “emphatically” raising the issue of the post-mortem of the victims of the 2002 Godhra incident and asked how it establish the allegation of a larger conspiracy in the Gujarat riots.

Zakia Jafri, the wife of slain Congress leader Ehsan Jafri who was killed at Gulberg Society in Ahmedabad on February 28, 2002, during the violence, has challenged the SIT’s clean chit to 64 people including Narendra Modi, the then Gujarat chief minister during the riots.

The S-6 coach of Sabarmati Express was burnt at Godhra, killing 59 people and triggering riots in Gujarat in 2002.

A bench headed by Justice A M Khanwilkar told senior advocate Kapil Sibal, appearing for Zakia Jafri who has alleged larger conspiracy during the riots, that he is “focusing emphatically” on the issue of how post-mortem was conducted but what context it has with the allegation of a larger conspiracy.

“How does it establish a larger conspiracy,” the bench, also comprising Justices Dinesh Maheshwari and C T Ravikumar, asked Sibal.

“What is the larger conspiracy you are talking about. You tell us about that,” the bench said, adding, “You are focusing on this fact emphatically that how post-mortem was done. We have taken note of that.”

The top court, which asked how this issue was relevant in the context of an allegation of a larger conspiracy, said the district magistrate had explained how it (post mortem) was conducted.

Sibal said it should have been investigated as to who had instructed that the post-mortem of the Godhra victim be conducted in a particular fashion.

“I can’t prove a larger conspiracy by stating this. I can only say that they (SIT) should have investigated this,” Sibal said, adding that several phone call records of that time were not analysed during the probe.

During the day-long arguments which remained inconclusive and would continue on November 23, Sibal said the petitioner did not want to give any “colour” and is only seeking that a proper investigation be conducted on the issue of alleged larger conspiracy as the Special Investigation Team (SIT) had not probed several aspects.

The senior advocate said he has only referred to the materials which are part of the SIT records and the reason is that “we did not want to give a colour to it. We just want an investigation”.

He said it should have been investigated as to how mutilated bodies were allowed to be seen in the public domain as the relevant manual and procedure clearly states that this cannot be done.

Sibal said that bodies were flashed on TV channels and this evoked emotions and had consequences.

He referred to a sting operation and said the SIT had not looked into it although it was used in another case of the 2002 riots in which the accused were convicted by the court.

“They (SIT) in fact accepted the statements of those persons otherwise they would have made them accused,” Sibal said.

He said no action was taken on time by the concerned state authorities to either impose a curfew or take preventive measures so that violence could have been avoided.

“The reason I am emphasising it is that your lordships may decide the matter one way or the other but for future, this court must lay down what is required to be done. It is very important,” he said.

“Even the Constitution is printed words. In that cold print lies the soul and you, through your judgements, give energy to the soul and it will come alive and will not be a dead letter,” he said.

The senior advocate argued that he is not blaming either A or B and it is ultimately about peace and tranquility.

Sibal had earlier argued that Zakia Jafri’s complaint of 2006 was that there was “a larger conspiracy where there was bureaucratic inaction, police complicity, hate speeches and unleashing of violence”.

Senior advocate Mukul Rohatgi, appearing for the SIT, had earlier told the apex court that Zakia Jafri’s complaint alleging larger conspiracy was thoroughly examined after which the SIT concluded that there was no material to take it forward.

Ehsan Jafri, the former MP, was among the 68 people killed in the violence, a day after the Godhra train incident.

On February 8, 2012, the SIT had filed a closure report giving a clean chit to Modi, now the Prime Minister, and 63 others including senior government officials, saying there was “no prosecutable evidence” against them.

Zakia Jafri had filed a petition in the apex court in 2018 challenging the Gujarat High Court’s October 5, 2017 order rejecting her plea against the SIT decision.

The plea also maintained that after the SIT gave a clean chit in its closure report before a trial judge, Zakia Jafri filed a protest petition which was dismissed by the magistrate without considering “substantiated merits”.

It also said the high court “failed to appreciate” the petitioner’s complaint which was independent of the Gulberg Society case registered at a Police Station in Ahmedabad.

The high court in its October 2017 order had said the SIT probe was monitored by the Supreme Court.

However, it partly allowed Zakia Jafri’s petition as far as its demand for a further investigation was concerned.

It had said the petitioner can approach an appropriate forum, including the magistrate’s court, a division bench of the high court, or the Supreme Court seeking further investigation.