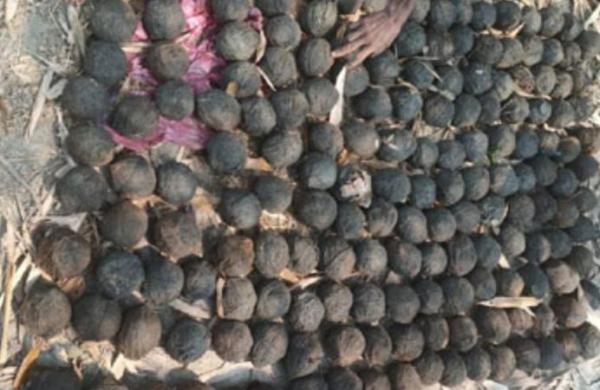 By ANI
SOUTH 24 PARGANAS: Ahead of the West Bengal Assembly elections, around 200 crude bombs were recovered by the police from the Bhangar area of South 24 Parganas district on Tuesday.

The police said that an investigation has been initiated into the matter.

“Around 200 crude bombs were recovered from Bhangar area of South 24 Parganas district. Kashipur Police have started an investigation in this matter”, said the police today.

In a recent such incident, on March 5, six Bharatiya Janata Party (BJP) workers were seriously injured in an alleged crude bomb blast in Rampur village of South 24 Parganas district.

The state is likely to witness a triangular contest this time with TMC, Congress-Left alliance and the Bharatiya Janata Party (BJP) in the fray.