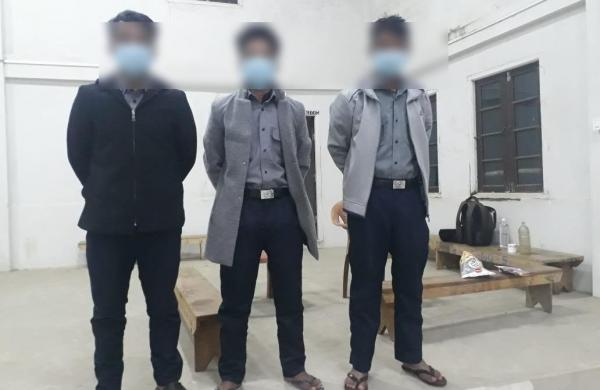 Locals, however, put the numbers above 50. Reports suggest 19 of them are policemen. The reason behind the migration of the people was not known.

Four people entered Champhai and three in Serchip districts. The Serchip district authorities confirmed three people had crossed over on Wednesday. On Thursday, they said “more have come” but did not give the exact numbers.

“We can’t say at this moment if they are policemen. They have been lodged at a community hall in Lungkawlh village (around eight km from the international border) after they entered Mizoram yesterday,” a senior official said about the first three people.

Stating that the persons are being provided with food and security, he said the administration was checking their credentials.

“I heard some more people crossed over to other districts (of Mizoram) but I don’t have the details,” she said.

India shares a 1,643 km land border with Myanmar. People from Myanmar’s Chin community and the Mizos in India belong to the Zo ethnic group and they share the same ancestry. The Chin people are settled in Myanmar’s Chin State, which shares a 404 km porous border with Mizoram.

Claiming that the people have been affected by the civil unrest in Myanmar, the Mizo Students’ Union in Mizoram recently appealed to the state government seeking political asylum for them. But the government said it did not receive any request for asylum.

“So far, none has applied to us seeking political sanctuary or political asylum. If at all there is a request and we make a decision, it has to be ratified by the Government of India since the issue concerns two countries,” Mizoram Home Minister Lalchamliana had said.

In February, the Chin National Army, which is a Chin nationalist insurgent group in Myanmar, had approached village authorities in Champhai seeking shelter for the Chin people. The matter was subsequently brought to the notice of the state government.

Over the past 40 years, thousands of Chin people migrated to Mizoram and made it their home.