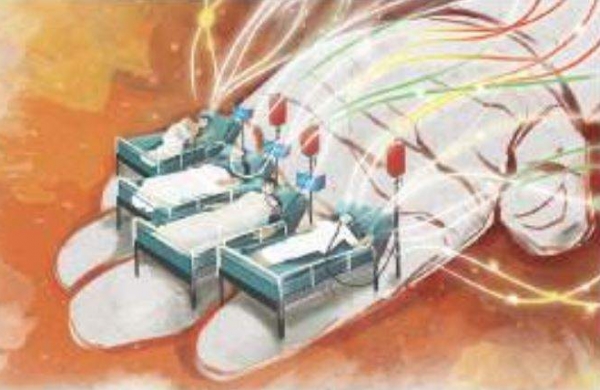 By Express News Service
NEW DELHI:  A 20-month old girl saved five lives as she became the youngest cadaver donor in the country, claimed the Sir Ganga Ram Hospital in the national capital. The toddler, hailing from Rohini, was left in a comatose state after she fell from a balcony at her home.

Dhanishtha was brought to the hospital on January 8 and was declared brain dead on January 11. After doctors made the call, her family decided to donate all her functional organs. These organs were used to save the lives of five patients, the hospital informed in a statement.

The child’s heart, liver, both kidneys and corneas were retrieved successfully at the hospital and used in five patients. All her other organs were in excellent condition. Despite their irreparable loss, her parents Ashish Kumar and Babita decided to donate Dhanishtha’s organs to inspire others to come forward and save lives.

“The doctor told us that Dhanishtha’s condition was irreversible as her brain was dead. While her treatment was going on, we met other parents who were extremely worried about organs needed to cure their children. As her brain was declared dead and her condition was irreversible, we asked the doctors if our daughter’s organs can be donated to save lives.

The doctor said yes,” said Ashish Kumar, father of the donor. DS Rana, chairman, Sir Ganga Ram Hospital, said: “This noble act by the family is really praiseworthy and should motivate others. At 0.26 per million, India has the lowest rate of organ donation. On average, five lakh Indians die every year due to lack of organs.”