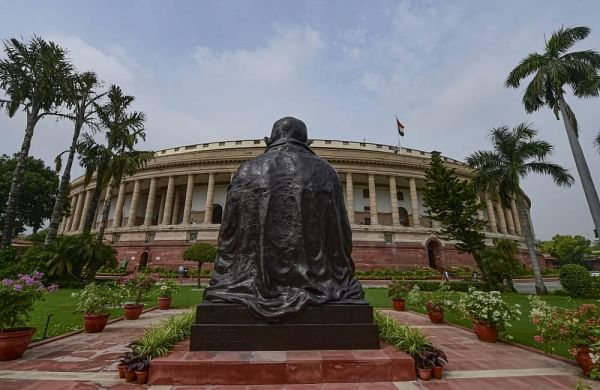 NEW DELHI: The monsoon session has seen 20 bills passed in both Houses of Parliament, either without discussion or minimal, limited to treasury bench MPs speaking on the legislation. The Rajya Sabha has passed nine bills since the House convened on July 19 and clocked nearly 17 minutes per bill for discussion and passing, as the Centre decided to push the legislative business amidst protests by the Opposition seeking discussion on Pegasus.

The Lok Sabha passed 11 bills, each on an average taking about eight minutes. Most of these bills were passed without discussion. In fact, Lok Sabha has not taken up a single issue for discussion.Expressing concern over the practice, Leader of Opposition, Rajya Sabha, Mallikarjun Kharge said, “Last week, the BJP government ramrodded 10 bills of national importance in 97 minutes. Parliament was condescendingly granted 9.7 minutes to reflect, deliberate on and pass each bill. The PM is demeaning the democratic and parliamentary process.”

When the bills came up for discussion, several Opposition MPs’ speeches in the Upper House were cut short as they demanded discussion on the Pegasus snooping issue, farm laws and price rise. As the Centre went ahead with passing bills amid the din, some Opposition MPs demanded division (voting), but were told by the presiding officers of respective Houses that it won’t be allowed because Opposition members are protesting in the well and the House is not in order.“The Centre has bulldozed through bills without discussion and debate. The entire country is witness to the way laws are being passed,” said RJD MP Manoj K Jha.

The Lower House hasn’t been able to take up discussions on situations emerging out of the Covid-19 pandemic, which had been agreed upon in the beginning by the treasury and Opposition benches.Opposition MPs stay put in the well of the House, surrounding the Chair with placards, demanding discussion on Pegasus. The government has stuck to the strategy of passing as many bills as possible, which are essentially replacements for ordinances. If not passed, the Centre will have to repeat the process with Presidential promulgations and again come before Parliament.