15 states have rolled out BH-series so far for seamless transfer of vehicles across India: Road secretary 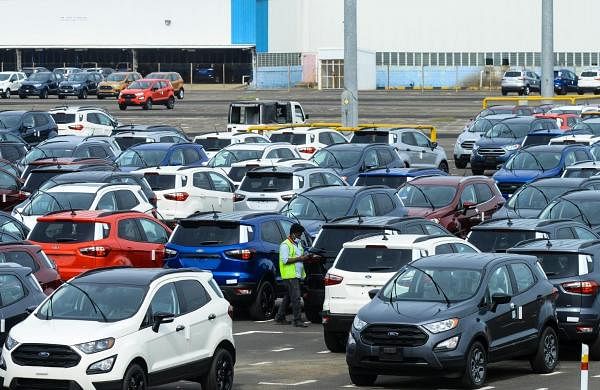 The government in August had notified a new vehicle registration regime that will free vehicle owners from the re-registration process when they shift from one state or Union territory to another.

“This vehicle registration facility under ‘Bharat series (BH-series)’ will be available on a voluntary basis to defence personnel, employees of central government/ state government/ central/ state public sector undertakings and private sector companies/organisations, which have their offices in four or more states/ Union territories,” the Ministry of Road Transport and Highways (MoRTH) had said in a statement.

Speaking with PTI, Aramane said that under the new National Automobile Policy, the vehicle scrapping facilities are being set up in states.

He added that once these facilities are available and the existing three facilities also register themselves and become fully operational as per the policy, the state governments will have the motivation to give up to 25 per cent rebate on road tax for vehicles that are purchased after scrapping the old ones.

“Right now, since facilities are still in the process of getting set up, the states do not have any need to immediately announce that,” Aramane said.

Recently, the Union road transport and highways ministry said the states and Union territories (UTs) will provide up to 25 per cent rebate on road tax for vehicles that are purchased after scrapping old vehicles under the new National Automobile Scrappage Policy.

On measures MoRTH is taking to push electric vehicle infrastructure, Aramane said this is being tackled in 2-3 fashions.

He pointed out that two-wheeler companies like Ola, Ather Energy, etc., are planning to have their own infrastructure.

Besides, the Ministry of Heavy Industries has already tendered out a project for the establishment of the charging infrastructure throughout the country.

So, that is also going to happen in the next few months, Aramane added.

Meanwhile, he said the National Highways Authority of India (NHAI) has also notified 100 toll stations this year for wayside amenities construction, where the charging infrastructure will be mandated.

“Already 30 of them have been awarded, the remaining 70 also will be done during the course of the year,” Aramane, who is also the chairman of NHAI, said.