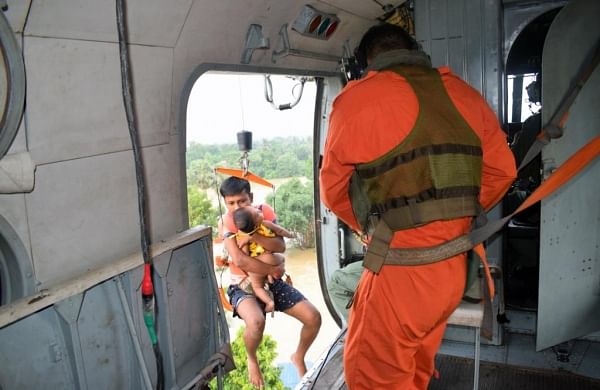 By PTI
KOLKATA: At least 14 people died due to wall collapse or electrocution and nearly 2.5 lakh got displaced in six districts of West Bengal, where discharge of water from Damodar Valley Corporation dams, followed by heavy rain, has inundated streets and homes, a senior official said.

The state government has set up shelter homes for those displaced, as relief operations, which began sometime last week, continue in the flood-affected areas, the official said.

Over one lakh tarpaulin, 1,000 MT of rice, thousands of drinking water pouches and clean clothes have been sent to the shelters homes, he stated.

“We are collecting the details of all 14 people who have lost their lives due to the flood. We are waiting for a final report from the district administrations, the official said.

The Army and the Air Force had on Monday undertaken rescue operations in Hooghly district, where rivers have overtopped banks and flooded villages.