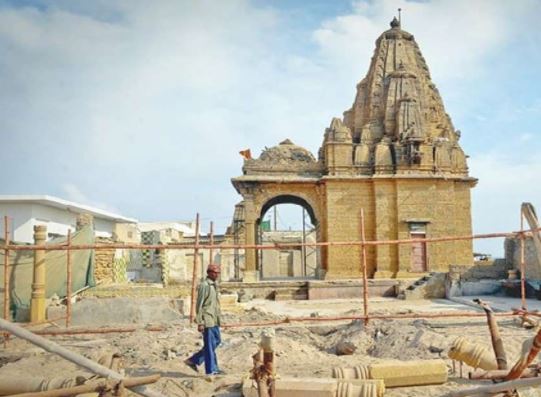 A Hindu temple built 1,300 years ago has been discovered by Pakistani and Italian archaeological experts on a mountain in the Swat district of northwestern Pakistan. This temple was discovered during excavations at Barikot Ghandai. Fazle Khaliq of the Archaeological Department of Khyber Pakhtunkhwa announced the discovery on Thursday, stating that the temple belongs to Lord Vishnu.

Fazle Khaliq of the Department of Archeology said that this temple was built 1300 years ago during the Hindu royal period. The Hindu Shahi or Kabul Shahi (850–1026 AD) was a Hindu dynasty that ruled in the Kabul Valley (eastern Afghanistan), Gandhar (modern Pakistan) and present-day northwest India.

It was reported that during the excavation, archaeologists found traces near the cantonment near the temple site and where the guards lived. Experts also found a water tank near the temple, which is said to have been bathed there by the Hindus before worship.