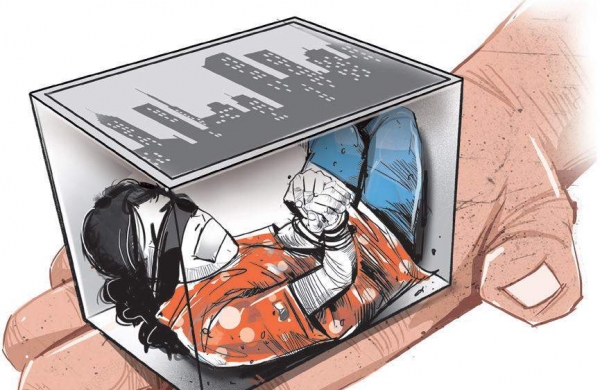 By PTI
KOLKATA: A 12-year-old boy, survivor of child trafficking and child labour was made the chairperson of West Bengal Commission for Protection of Child Rights (WBCPCR) for an hour, an official said. The boy, who was rescued from a household in north Bengal seven years back where he was working as a domestic help, was made of the chairperson of WBPCR on Friday.

“After being rescued by Childline NGO with the help of police, the boy got a new lease of life. We appointed him as the chairperson of the WBCPCR for one hour on the International Day against Trafficking on July 30 to share his valuable experience and feedback on the issue,” a spokesperson of WBCPCR said.

The boy as WBPCR chairperson wrote a letter to West Bengal Women and Child Development and Social Welfare minister Shashi Panja and demanded that the state must ensure education for all children for their bright future.

He said that traffickers and perpetrators of child labour should be punished strongly and fined heavily. They should be made to bear all expenses of education of the victim. The boy in the letter said that many children are forced into child labour because of the situation at home.

The government must ensure sponsorship for such children so that they don’t have to leave school. He also demanded that a strict child labour law must be created to instil the fear of law in people. The 12-year-old also advocated for setting up of more parks and playrounds for children.

“All drug, cigarette and gutka companies must be closed and the government should build schools in their place,” the letter in the official letterhead of the panel with memo number 1112..,” said.

The letter, which was available with PTI on Saturday, also demanded “traffickers and perpetrators of child labour should be punished strongly, made to bear all expenses of education for the trafficked child”. It also demanded that the government should work towards creating awareness among children not to interact with unknown people or accept anything from them.

A panel spokesperson said the child, who now studies in class 7 and stays at a children’s home, was brought to the household by a trafficker without the knowledge of his parents and forced to do jobs like mopping floor, washing utensils, fetching water and even babysitting the granddaughter of the family.

The boy is now under the custody of the panel and is a fan of International football icon Messi. “I want to be a commando when I grow up, and rescue all children in distress,” the boy told the commission members when asked about his aim in life.