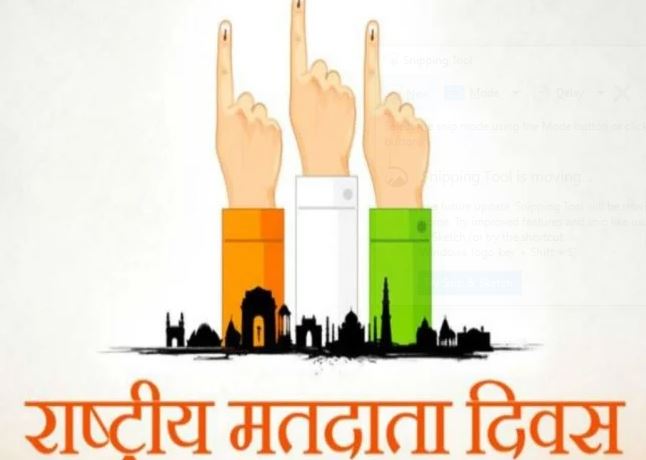 According to the release by the office of the Deputy Election Officer, as per the instructions of the Election Commission of India, New Delhi, the program of the 11th National Voters’ Day is to be organized at every polling station, tehsil and district headquarters level on 25 January 2021 this year as well. For this work, the year 2021 will be done in the meeting hall of National District Office, Kondagaon and also in every tehsil headquarters. Panchavakya ‘All Voters Become Strong, Vigilant, Safe and Aware’ has been set by the Election Commission of India, New Delhi for the 11th National Voters’ Day 25 January 2021. E-Epic will be launched on the occasion of National Voters Day 25 January 2021 so that information can be made available easily to voters. E-Epic can be downloaded on mobile and will be in printable form on the computer itself. The voter’s serial number, part number, assembly constituency name, address will be mentioned in the e-epic itself. The objective of the Election Commission of India is to create awareness among voters through this function and to make adult voters fully aware of the concept of their franchise. By which voters can become aware of their franchisees by becoming aware about registration and voting procedures. On the occasion of Voters ‘Day, the voters who have completed 18 years of age as on the date of January 1, 2021 and have included their names in the voters list, will receive free PV on January 25, 2021 on the occasion of National Voters’ Day. C card will be honored by supplying it. Apart from this, the booth labeling officers doing excellent work and professors appointed in government colleges will be honored by the chief guest for doing the work. Also, an appeal has been made by Collector and District Election Officer Shri Pushpendra Kumar Meena, that in this nationwide program, apart from women and youth, physically challenged voters and voters of third gender as well as voters of isolated human groups. Emphasis should be laid on inclusion in particular. So that they can be linked to the voting procedures and it should get more and more publicity.