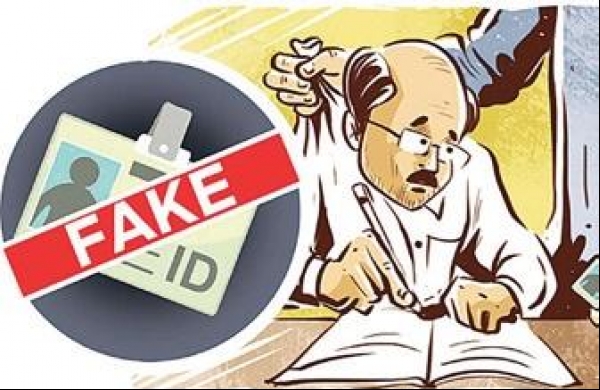 By PTI
SINGAPORE: Eleven foreigners working in Singapore’s Infocomm Technology (ICT) industry were permanently barred from working in the city-state for submitting false educational qualifications in their work pass applications between 2018 and 2020, Parliament was told on Monday.

Answering questions in the House, Manpower Minister Tan See Leng said his ministry also conducts additional checks by screening the qualifications submitted through its database of institutions and it will reject applications with fake or unaccredited qualifications.

One more person has been charged while 19 others holding degrees from Manav Bharti University have been permanently barred from working in Singapore.

Elaborating, Tan said on Monday, “This database is regularly reviewed through our scan of open source reports and research from third-party screening organisations.

“For applications containing qualifications from institutions not in our database, we require employers to submit verification proof from third-party screening organisations to ensure the qualifications submitted are accredited.

” The ministry, he said, takes a “firm stance” against foreigners who submit false qualifications to fraudulently obtain work passes.

The ministry may also prosecute offenders for false declaration under the Employment of Foreign Manpower Act, which carries a fine of up to SGD 20,000, up to two years’ jail, or both.

According to a Channel News Asia report, the ministry had previously said that over the last five years, an average of 660 foreigners per year have been banned from working in Singapore for submitting fake education qualifications in their work pass applications.

Senior Minister of State for Manpower Koh Poh Koon added that between 2016 and 2020, MOM issued warnings to an average of 160 work pass holders each year who were in illegal employment.

“All of them were debarred from working in Singapore,” said Koh.

Work pass holders in illegal employment face a fine of up to SGD 20,000, two years’ jail, or both.

MOM will also bar them from working in Singapore.

Employers who hire any foreigners without a valid work pass will face a fine of up to SGD 30,000, a jail term of up to 12 months, or both.

Their work pass privileges will also be suspended.

Koh said that there are also efforts to educate foreign workers in Singapore to help them understand what constitutes illegal employment or violation of their work permit conditions.

“If we do have enforcement actions being taken, especially against companies that were egregious, we do publicise them on mainstream media as well as on online social media platforms because this raises awareness and serve as a deterrence to other would-be offenders,” the Channel quoted Koh as saying.