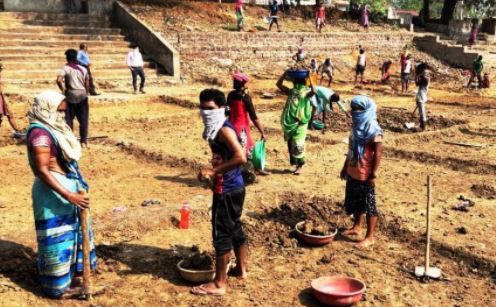 Panchayat and Rural Development Minister Shri T.S. Singhdev had directed to start MNREGA work on a large scale to keep the rural economy in motion during the nationwide lock-down implemented due to Kovid-19. Due to this, people in villages and forest areas continued to get work and the rural economy continued to run smoothly. In the first seven-eight months of the current financial year, MNREGA workers got more than 100 days of employment and got a huge financial support. During this time, all precautions were taken along with measures to avoid corona infection at workplaces.